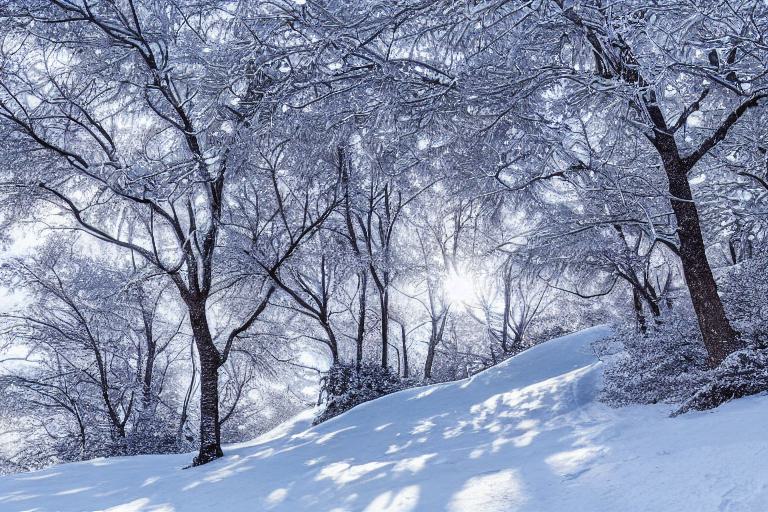 When you picture classic winter sports, you probably picture skiers and snowboarders deftly gliding across freshly fallen snow or carving their way down slopes on snowboards. However, there are a ton of other odd and fascinating outdoor winter activities to try this year.

While the UK can’t always count on receiving quality snow, our European neighbors frequently end up covered in a lot of it. Ski resorts and winter cottages are filling up quicker than ever before as an additional 13 million Brits say they would like to switch from their summer vacation to a winter escape.

Remember to get winter sports insurance to cover the unforeseeable before you do any of these bizarre and amazing winter hobbies. Before you put on those ski boots, be sure you’re covered because there are several threats on the slopes.

We already made a list of unusual sports to try if you wanted a break from routine; but if you’re looking for some unusual winter sports that you can specifically enjoy this cold season, let’s dive in!

List of unusual winter sports to try this winter

This list of strange winter activities begins with a sport that is not for the weak of heart. The sport involves a person on skis being dragged at a high pace by a car, dog, or a horse.

The key distinction between skijoring using horses or dogs is that the horse provides the majority of the forward motion, making it similar to water skiing on snow. While they provide some support, dogs, on the other hand, require the skier to provide the majority of the motion.

This first entry in our list of unusual winter sports was a part of the 1928 Winter Olympic Games in St. Moritz, despite not being as well-known as many other winter sports. The activity is thought to have its roots in Scandinavia as a close relative of the more traditional winter sport, Pulka, which involves a skier or dog team pulling a small low-slung sled to carry supplies and merchandise.

Kite skiing, also referred to as snowkiting, is possibly one of the less strange winter sports to make the criteria. Kite skiing is a sport that employs a kite or wind power to glide through snow or ice, not too dissimilar from water-based kiteboarding. When accelerating to launch over big leaps, the kite power is extremely useful.

The employment of kites by paratroopers to carry supplies in the Alps during World War II is thought to have contributed in some way to the development of the sport. Instead of using water-based boards, kite skiers link to snowboards, and the more courageous will occasionally get air.

This one definitely meets the bill when it comes to the bizarre and outlandish. To attempt this, you just need to change your bicycle wheels for skis and head to the nearest mountin. The activity is sometimes known as ski biking or snowbiking because of how much it resembles biking. Additionally, a set of foot skis rather than pedals are required for something to be referred to as skibobbing.

The sport, which was created in the late nineteenth century and employed as a means of transit over the Alps, gained popularity in the 1950s when a competition was started, with courses typically measuring 3-5 kilometers. The activity was primarily created for those whose weak knees made alpine skiing difficult, but it has grown more well-liked over time among a larger range of people.

The whole family will enjoy this one a lot! Snow tubing involves individuals flying down snowy slopes in sizable inflatable rings, which is somewhat comparable to sledding. Riders are propelled down a hill by gravity, and many of them immediately climb back up to start the process anew. In order to protect riders, the bases of the tubes are supported by a firm base, but with little friction, riders can reach great speeds.

A snowmobile is used to tow a tube in a form of the sport that is more like its water-based cousin. Most courses have barriers along the sides to shield riders from obstacles because riders do have less control than when sledding alone due to the size and form of the tubes.

Yes, this is exactly what the name implies: a twist on the (already unusual) Olympic sport in which people slide across the ice. Competitors race across the ice and launch themselves onto the inflatable tube, replacing the traditional curling stones with human-sized equivalents. The best way to win the game? You win if you land in the bullseye’s center.

It may sound like a completely bizarre twist on a traditional winter sport that, for a few weeks during the Winter Olympics, becomes somewhat of an obsession, but it’s a ton of fun. Eve Muirhead, a Scottish Olympic curler, has also tried it.

We’ll overlook the fact that you have no notion what this winter sport would involve. The world’s most epic snowball fight are a few words that could conjure up some wonderful imagery in your head.

Yes, Yukigassen is a large-scale snowball fight in which seven-person teams compete against one another. Having only been introduced in 1988, this sport is one of the more recent ones on the list. While not the most unusual of the bunch, it does sound like a lot of fun.

How do you play? Since there are rules for the activity, it is a little more official than the traditional family pastime. A team can win by capturing the flag of the other team. Players are eliminated when they are struck with a snowball (or other similar object). The game has become so well-liked that competitions are now held in nations all over the world, including Finland, Norway, Sweden, Russia, Canada, and the USA. In 2019, even Australia joined.

7- Kayaking on snow: one of the most unusual winter sports out there

What should one do if rivers freeze over during the winter? Kayaking in the snow, of course! These daredevils race down snowy slopes in a manner akin to how kayakers maneuver through streams and rapids. The kayak is still propelled with paddles, and vessels are waxed to lessen friction. Participants are capable of traveling at up to 60 kph.

Snowsurfing carries on the water concept. Why not switch your swell for some slopes and explore some new terrain? Snowsurfing is a sport that started in Hokkaido, Japan and is somewhat comparable to windsurfing and a substitute for snowboarding. Snow surfing doesn’t, however, only allow you to travel downwards, unlike some other winter activities. Surf through open fields covered in snow, across frozen lakes, and even up mountains.

The sport, which incorporates aspects of other popular board sports like skateboarding, surfing, and snowboarding, is being driven by innovative board shapes. Riders can travel upward at great speeds, defying gravity and creating several opportunities for freestyle tricks. Perfect for adrenaline lovers!

Glacier hiking is not for the faint of heart; it calls for a variety of specialized tools to navigate the occasionally treacherous terrain. You’ll need to upgrade your equipment with crampons, ropes, helmets, and possibly even ice picks or axes if you intend to take on this challenge. Once you embark on an exploration with a qualified glacier guide, you’ll soon discover your bearings.

In contrast to the other unusual winter sports on this list, glacier hiking can be fairly serene or restful despite the unusual equipment that is required. Glacier hiking will present a fresh challenge for even the most experienced hikers, and is great for individuals who can’t access the typical alpine trails during the winter because of snow and ice.

On the road, most of us make every effort to avoid slippery conditions, but ice karting is the complete opposite. Ice karting, which tests drivers’ skills on the icy circuit and is sure to give them an adrenaline boost, is intended to literally take drivers for a spin. So why are you still waiting? Put those tires on the ice now!

As you can see, there’s no need to stick with skiing and snowboarding this winter if you want to try something a bit different. With any of the sports included in this list, you’re sure to have a lot of fun this cold season.

And if you’re looking for more ideas on unusual sports you can try, make sure to subscribe to our newsletter. We’ll keep you posted!